Create an Account - Increase your productivity, customize your experience, and engage in information you care about.


Mills Gardner most notable political position was as a Republican member of the United States House of Representatives to the 45th Congress from March 4, 1877, to March 3, 1879. He was born in Russellville, Ohio in Brown County on January 30, 1830, and attended the local schools of Highland County and also Rankins Academy in Ripley, Ohio. He moved to Fayette County in 1854 and studied law and was admitted to the bar in the following year of 1855 commencing his law practice in Washington Court House, Ohio the same year.

During the years of 1855 - 1859 Mr. Gardner was the prosecuting attorney for Fayette County. In the years of 1862 to 1863, he was a member of the Ohio State Senate, and in 1866 was elected to the Ohio State House of Representatives for a 2-year term. In 1872, he was a delegate to the state constitutional convention. In 1878, and not being a candidate for reelection to congress he resumed his law practice in Washington Court until the time of his death on February 20, 1910. Mills Gardner was interred in the Washington Cemetery; his gravesite can be found in Section 10 - Lot 6.


James Douglass Post was born near Milledgeville in Fayette County Ohio on November 25, 1863. He attended the local county schools and graduated from the National Normal University in Lebanon, Ohio in 1882.

Mr. Post taught school for 5 years while studying law and was accepted into the bar in 1887 and started his law practice in Washington Court House, Ohio. He began his political career in 1911, he was elected as a Democratic Representative to the United States House of Representatives for the 62nd and 63rd congresses. He served as a representative from March 4, 1911, until March 3, 1915, for 2 terms when he was not renominated for the 64th Congress. Mr. Post returned to his offices in Washington Court House and practiced law until the time of his death on April 1, 1921. He was interred in the Washington Cemetery and his gravesite can be found in Section 15 - Lot 7. 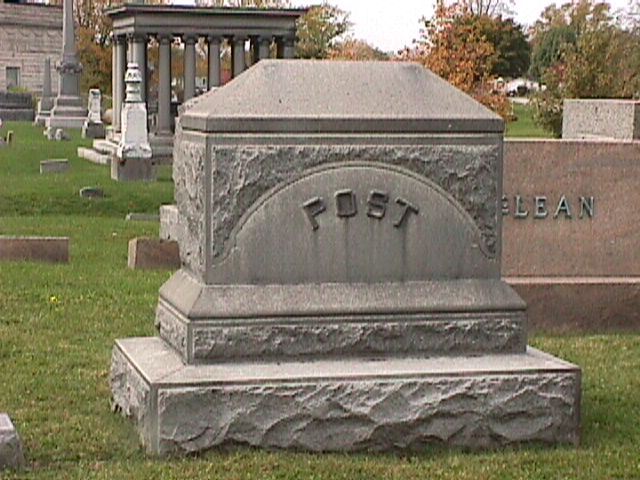